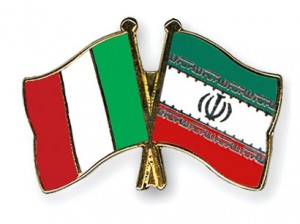 Dear prof. Mohammad Fanaei Eshkevari, I want to talk with you about religion and faith, but first of all I have to ask you something about the situation in Iran. We get many information, but we really don’t have the perception of what it is happening in Iran. I see a contradictory situation: on one hand you had political elections, but on the other hand we see in TV demonstrations. On the contrary, in other middle-east countries, there is no political participation and nonetheless nobody demonstrates. How can you explain this situation? What do you think about USA position? …

Islamic revolution of Iran in 1979 was both a giants internal dictatorship and external imperialism especially that of USA. It was not against people of America but against their government imperialistic intervention in Iran. This revolution was made by the participation of mass of people under the leadership of Imam Khomeini. Immediately after the victory of revolution people participated in an election to choose their political system. 99% vote for Islamic republic. Since then we have about thirty elections. Iran is the only democratic state in the Middle East. But from the beginning USA and its Western allies especially Israel deed what they could in order to destroy this revolution and bring back the monarchy of Shah who was their agent in the region.  Iran is the most popular state in the world. Still a great majority of people support the revolution. Western Medias do not show the reality. Those who demonstrate against the government are a small minority, but they are fully supported by Western governments and Medias….

Political system of Iran is Islamic republic. It is both democratic and Islamic. The system itself is elected in a democratic referendum. All institutions (such an s leader, president, parliament, city councils…) are elected by people, but they work according to Islamic laws which are demanded by the people.
President is the head of executive branch and supreme leader determines the general policies and protects the Islamic aspect of the state.

Political system has a form and a content. Form of the state and its institutions are chosen by people in democratic elections but the content (laws, policies, goals) are derived from Islamic teaching. One of the differences between Europe and Iran has its root in their different understanding of religion. In Islamic view, religion and state are not separate. Religion is not only a private issue, but rather it guides people both in their individual and social life. From Islamic perspective, there is a close connection between spirituality and this worldly life. God is not only God of private life, He is God of both individuals and societies. The main reason for animosity of superpowers with Iran is that Iran is against colonial policy of Britain, France and USA, but they like to continue their old colonial policy in the so called third world though in new forms.

Christianity, Judaism and Zoroastrianism are recognized as three authentic and legal religions in Iran. They have their religious centers, temples, and schools and are free to practice their religions. There are there Christian representatives in Iran’s parliament, one Jew and one Zoroastrian.

Just an example. In Saudi Arabia no religion is permitted except Wahhabism, and no church and temple is allowed.  There is no election and no parliament, and no human right is recognized. The political system is Monarchy and King and his family can do whatever they want and no one has right to ask them. Saudi Arabia is the source and main supporters of terrorist groups such as Alqaeidah and Taliban and the hometown of Ben Laden, But Western countries have no problem with this government. They are close friends!

President follows the constitution which respects civil rights and the rights of all minorities according to Islamic teaching. He has a good relation with religious minorities. Of course, we have our own legal system and do not follow blindly the Western standards.

Islam recognizes Christianity as an authentic religion. All Muslims love Jesus and Mary. A chapter of the Quran is named Maryam (i.e. Mary). According to the holy Quran, Christians are the people of the book and there is no problem and conflict between Muslims and Christians. The conflict is between oppressors and the oppressed.

This relation has nothing to do with religion, it is all about justice. We want an equal relation, a relation like that of between two human being, not a relation between a wolf and a lamb, but this is not acceptable by arrogant powers.

I don’t think any change takes place soon, because Western powers do not want to rethink about their policies.