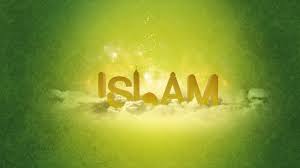 Islamic government signifies a system in which all the educational, economic, managing, legal and political institutions work based on Islamic doctrines; therefore, speaking about such a government without having a new critical outlook towards the humanities is pointless.

This is according to Mohammad Fanaei Eshkevari, academic board member of Imam Khomeini (RA) Educational and Research Institute, who, talking to IQNA, referred to the existing concerns in some academic communities toward Islamizationing the humanities, adding: “The concerns are partly caused by a number of extremist thinkers who do not approve of Islamic human sciences at all.”

They believe instead of Islamizing the human sciences, we ought to put them aside altogether and devise new sciences from scratch,” he went on to say, adding that “such a view is rejected according to religious ideologies and we should instead criticize the new human sciences to find out their correct and incorrect aspects.”

“As far as the sciences have rational, scientific and empirical foundations, they are confirmed but where they are found to be based on materialistic and secular ideologies, they need to be modified in line with Islamic doctrines.”

Criticizing the extremist and cynical view that regards Islamizing the humanities as backwardness to the Middle Ages, Fanaee noted: “There was no regard for empiricism during the Medieval Era; whereas Islam approves of the approach and employs it where necessary.”

“As such, Islamizing the humanities is not intended to deprive us of other scientific sources but is otherwise aimed at enriching the human sciences,”

Highlighting the importance of Islamizing the humanities, he said “Islamic government should run all its educational, economic, managerial, legal and political institutions based on Islam and cannot be assumed as Islamic if not modifying the human sciences in line with the Islamic tenets.”

“Applying the humanities in their western forms does not lead to an Islamic society; accordingly, we need to reform them based on our own cultural, philosophical and epistemological background.”

Fanaei further asserted that writing the Iranian Constitution was the first attempt to Islamize the human sciences which determined the general framework of the Islamic social system. “What we are now required to do is to implement the theories and devise their scientific structure.”