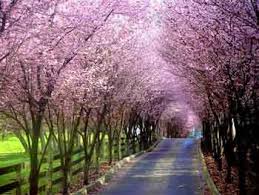 The Status of Mysticism and Mystical Education in Contemporary Iran

Throughout history, Iran has been one of the influential centers of mysticism and spirituality. After the arrival of Islam, Iran became a center for Islamic spirituality, also known as Sufism or ‘irfan. Many great figures such as Hallaj, BaYazid, Kharaqani, Gazaly, ‘Attar, Shams Tabrizi, and Moulavi (Rumi), are all examples of prominent Sufi figures. For over a millennium and through the generations, these spiritual teachings have been transmitted from great Sufi masters to their students.

One important phenomena related to mysticism is the relationship between Sufism and Shi’ism and the development of Shi’a ‘irfan by individuals such as Haydar Amuly, Ibn Turke and Mulla Sadra. ‘irfan or Sufism is present in various forms and plays a significant role in contemporary Iran, as there are various forms of mysticval education and its methods following the various interests and tendensies. However, despite its rech history, a comprehencieve describtion and analysis of this phenomenon is not yet awaylable. This paper seeks to present a briefe but comprehanciev and analytic vision of ‘irfan in contemporary Iran. This helps students of irfan to see different dimentions of the field, as can provide all wayfarers of the path of ‘irfan with a candle. Key words: ‘irfan, Sufism, spirituality, philosophy, theoretical mysticism, practical mysticism, Persian litrature